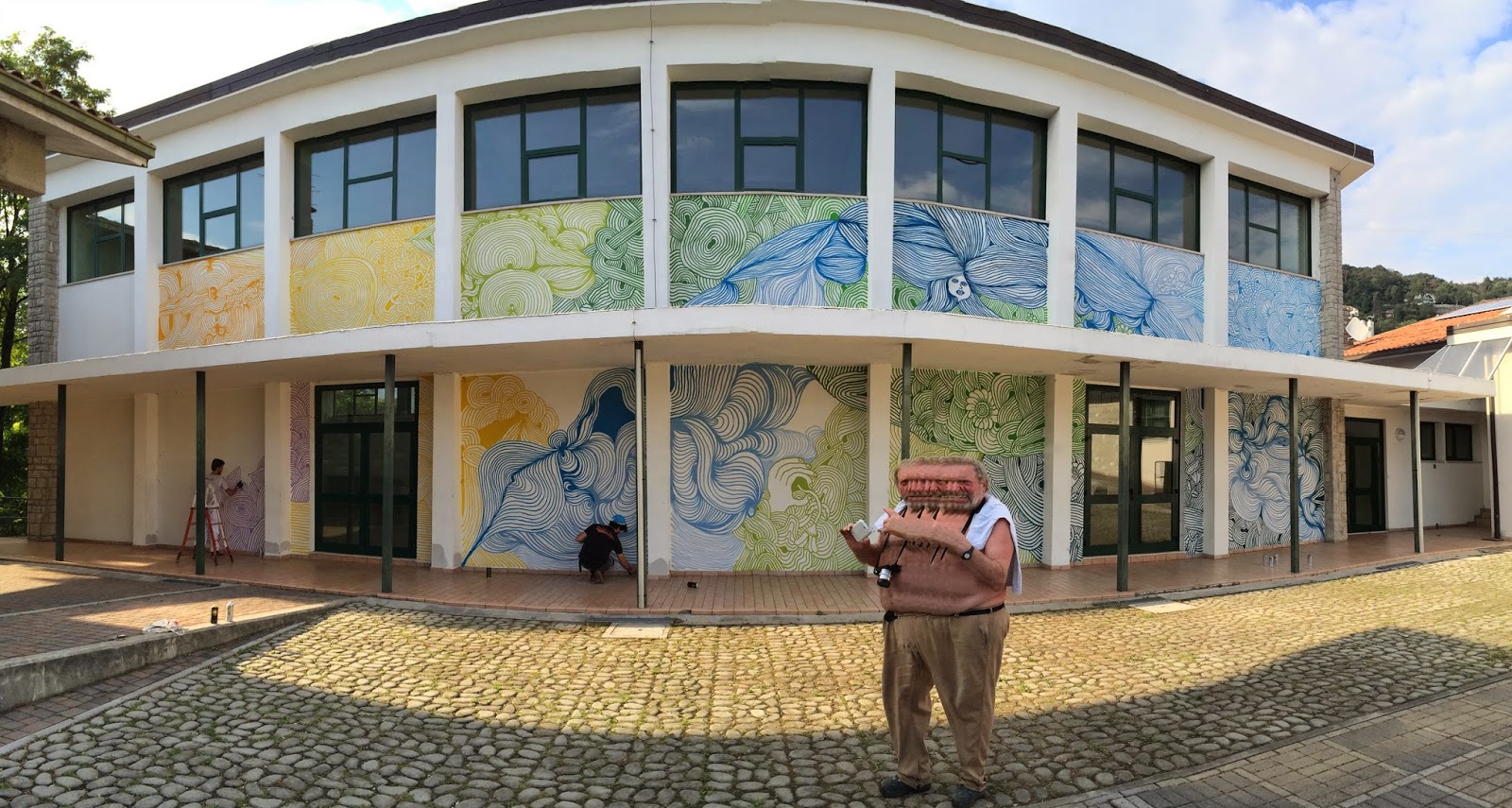 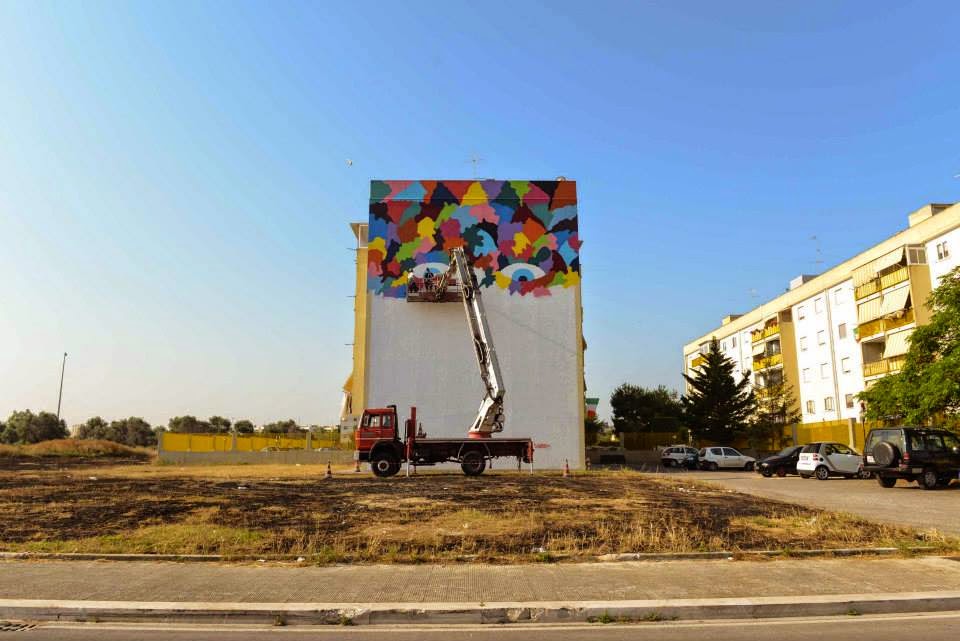 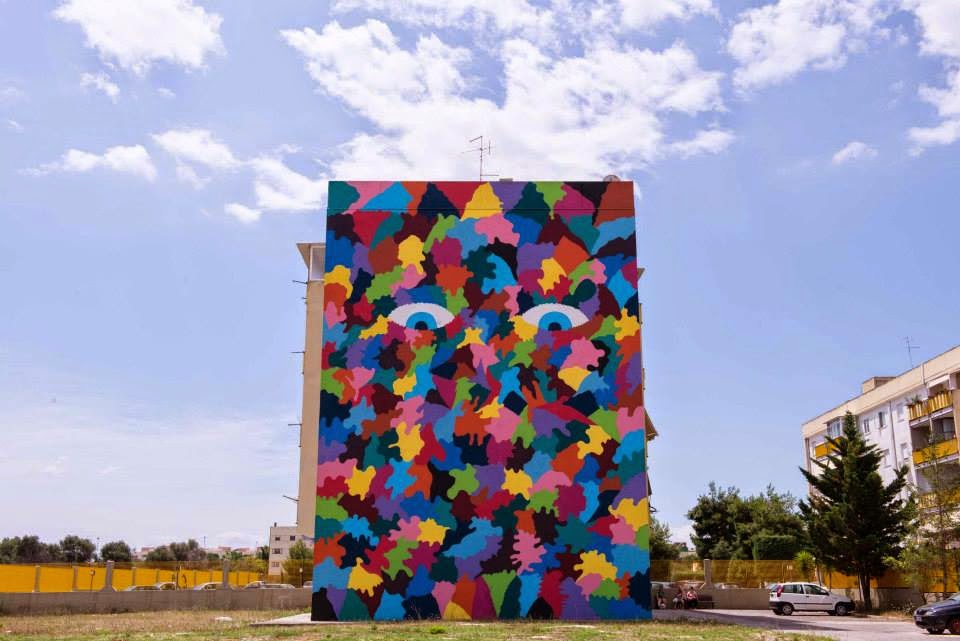 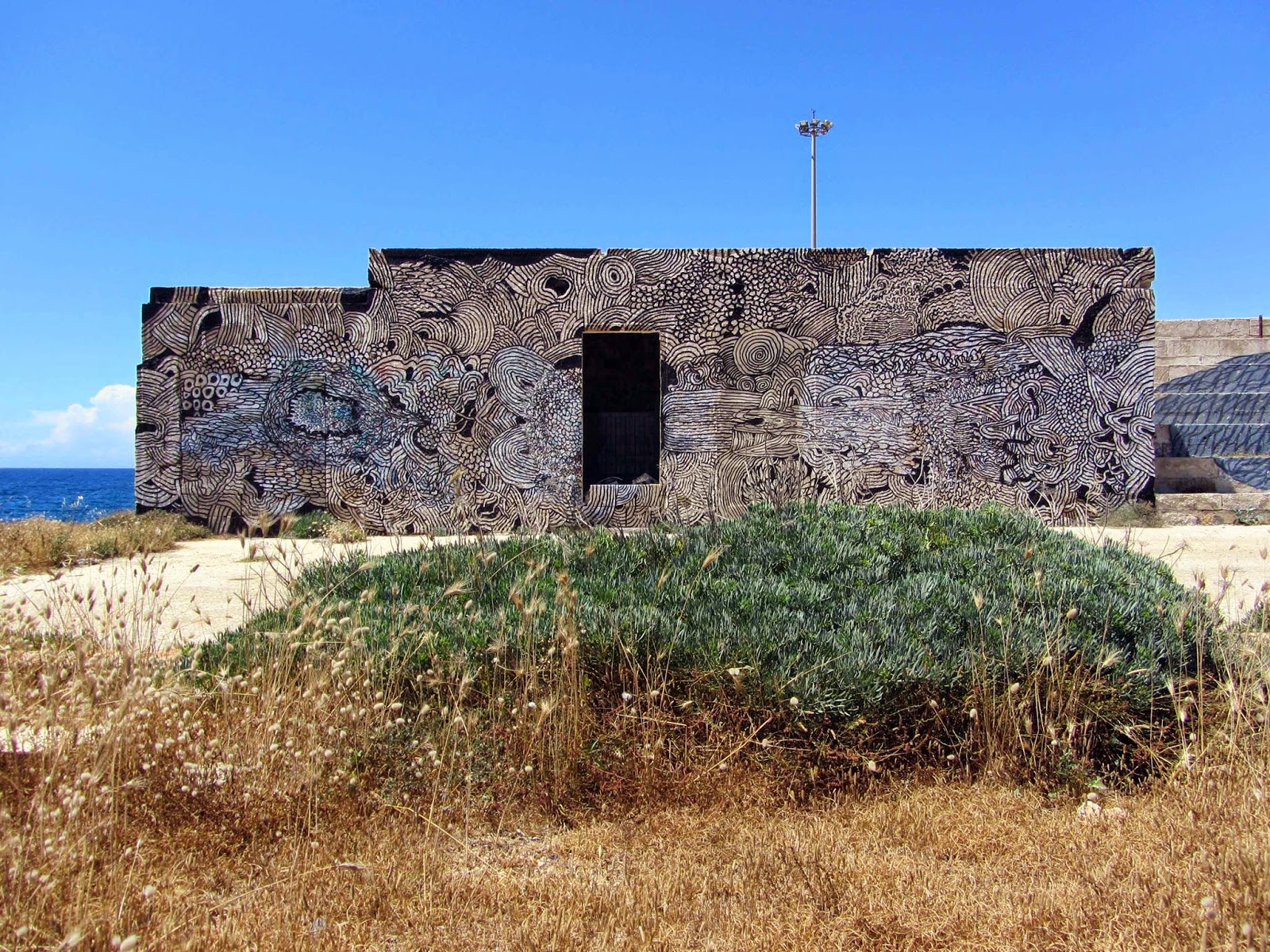 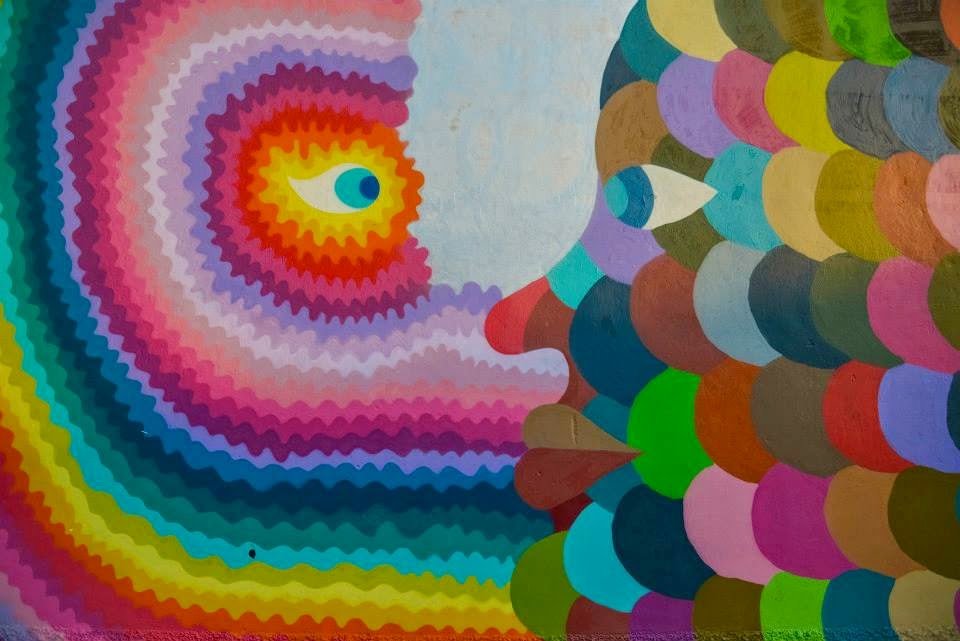 Funky Horror Vacui is the result of the collaboration between Alfano and Geometric Bang, already co-working in CLAB and SNPS collective.

Alfano (1981) works in areas of interest and projects linked with social change and its implementation, using the drawing activity and graffiti as universal and all-round media. Geometric Bang (1984) works as illustrator and graphic designer in a transversal and heterogeneous way.

The connotative figure of their work is the obsessive decoration, which invades the wall surface as a powerful mass, in order to offer a matchless and harmonic show risen from the collision of two different artistic languages. The composition's effect is conceived to interact with the external space, overwhelming it in order to favour an emotional interaction between the artworks and the public, underlining the obsessive-compulsive approach in researching fullness. An entirety intended as the annulment of emptiness throughout the creative process.